Who let the agents in? 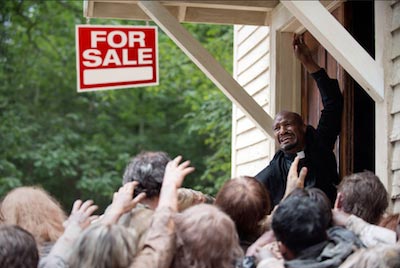 Once I started to call them I expected Real Estate Agents invading my home like a zombie horde, coming down my path stiff legged, arms held out whilst moaning "Sell, sell, sell" and no matter how many I fended off, more would follow. With that in mind, why would I start calling? My friend Paul, who had just finished a major renovation urged me to, because he was my friend and he knew I was thinking of enclosing under my pole home by adding a self-contained unit. Paul, who is still my friend, had just learnt the hard way about the evils of over-capitalisation and had also discovered how much accurate information and sound free advice Real Estate Agents were prepared to provide. 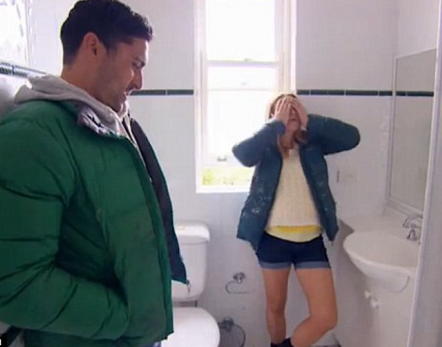 Paul found himself with teenage and young adult children demanding more space as well as his home looking a little run down. It seemed the right time to renovate. So Paul had just spent tens of thousands of dollars on refurbishing a bathroom, knocking down walls, extending rooms, replacing floor coverings, landscaping and painting. To fund these "improvements", Paul had refinanced through his bank, included in the bank fees was the cost of valuation. Once he'd jump through a sufficient number of hoops to satisfy the bank, Paul had engaged various trades to do the work. I remembered his angst as he searched out a builder. He reckoned he got lucky as he was pleased with the job the builder had done. However, as the builder's regular sub-contractors weren't available, Paul had to find his own trades with all the associated hassles, as Paul was a traditional three quote man. He even had to suffer through two weeks of his brother-in-law the tiler from up the coast staying in the guest room whilst doing a very ordinary job on the bathrooms! He paid way too much for his carpets, some fittings Paul's wife selected needed replacing and the painter was just plain obnoxious. The project took twice as long as planned. I saw it all happen and I remember it was a stressful time for Paul's whole family but he had consoled himself that it would all be worth it in the end. 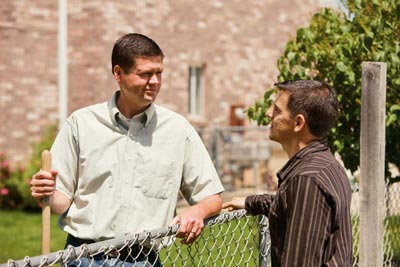 Soon after the renovations were completed, as Paul was working on some landscaping his neighbour leaned over the fence and asked what was next. The plan was to sell and downsize in 4 to 6 years when the kids would be finally starting to move out. The neighbour suggested getting a friend in Real Estate over to give him a Market Appraisal, just to see how much all the hard work had paid off. Paul thought the agent wouldn't want to do the appraisal as there was no chance of a sale for a few years but his neighbour explained that the agent had been in the area for over 5 years, his kids had just started school and he wasn't going anywhere. So Paul called the agent who was, as predicted, more than happy to come over. Paul emphasised that he wasn't planning to sell. Again, as predicted, this was fine. The agent knew Paul's house, he'd noticed the work going on and seemed genuinely interested. He told Paul he had a client looking to renovate an investment property prior to sale that was a similar design and nearby, so maybe he'd pick up some ideas to pass on to his client.

The agent turned up at the appointed time, already knowing a fair bit about the property. Things like land size and age of the house. He knew what the layout of house had been prior to the renovations. Now this is where it gets ugly. You see Paul had turned his three-bedroom house into a four-bedroom house but had not added a second bathroom or extra parking. Paul had considered both additions but the bank's refinancing had restricted his budget and Paul didn't think those issues would make much difference. The agent thought differently. Also Paul and his wife had decided to leave the original kitchen. They loved it, after all it was Tasmanian Oak and it worked. Again the agent's opinion differed. He explained his logic based on experience. Paul didn't like what he heard. Whilst he was complimentary about the design features the agent felt that Paul's $60,000 renovation had only increased the overall value of the property by $30,000 in the current market and that in all likelihood that when the time came, it would be difficult property to sell, especially if market conditions were slower at that time. Paul was furious, he accused the agent of deliberately low balling him and all but physically threw the agent out.

Next day Paul, to his credit felt bad about being rude to the agent and called him. He told me the agent was very nice about it, he told Paul it wasn't the first time he'd been shot as the messenger. He even suggested Paul get some other agents to give their opinion, in case they could give him better news. Paul realised he liked the guy, they got chatting. Then the agent explained he felt Paul's frustration about the bank restricting his budget. He asked if Paul had shopped around for finance. No, the bank had held his mortgage since forever, he didn't even consider it. The agent recommended a broker who might still be able to assist. Paul told me he was following that up, but he knew it was all too late to save his project.

Having told me this story of woe, Paul insisted I contact an agent before I did anything else, sadly his agent didn't service my area. So I thought - 'In for penny, in for a pound.' so I used the Home Design Directory's free appraisal service which quickly gave me "ball park" figure on what my house was worth. It also helped me find 3 local agents happy to visit my home to discuss my plans.

I told all three what I was thinking of doing and that selling now was not an agenda item. The first agent came out with one of the rental managers from his office. who after looking at my plans, told me what the self-contained flat could return as a permanent rental but warned me to spend extra on soundproofing and to make sure I had separate electrical metering. One of the other agents recommended a young builder who specialised in pole homes and told me about a clever design feature that would help with privacy. The other agent suggested unless I was intending to stay for more than ten years I'd be better off doing nothing, presenting me with some very compelling statistics! Interestingly, two of the agents discouraged me from overspending on ideas I had for a large bathroom and enclosed rear courtyard as not appropriate. I felt maybe the third was just a bit too agreeable. I marked them down on that.

Now here's the thing, whilst the agents provided a range of useful information as to my renovation plans, all three estimates of current value were within 3% of each other, all three were happy to explain how they had come to the figure and all three wanted to come back and see the property if and when I completed the renovations. So Paul and his agent have become friendly, he's helped Paul find a local tiler (using the HDD's "Get a Quote" facility) to fix some of the shortcomings of the brother-in-law's work. He was even looking out for an investment property for Paul that matches his future downsizing plans. Paul calls him his "property consultant".

As for me, I've survived the 'zombie hordes' as well as potentially saving a load of money and grief with my renovations. Finally, when I want to sell I now have a choice of at least two people you have shown me they understand not only the local property market but they understand my needs within that market.

Find out what your home is worth

Click this link: to find out what your home is worth.