The Gymea lily in the wild

Everything about the Gymea lily (Doryanthes excelsa) is rather larger than life. The bold foliage can reach over four metres in height and I have personally measured majestic flower stems that were over ten metres tall. Plants live on indefinitely and are apparently almost indestructible; growing into massive clumps of shoots many metres in diameter. This is a plant that not only survives the most intense bushfires, but actually thrives on such harsh treatment by blossoming in profusion. The growing points for the plant are able to bury themselves up to 30cm below ground level which also allows gives the plant a great ability to survive drought. 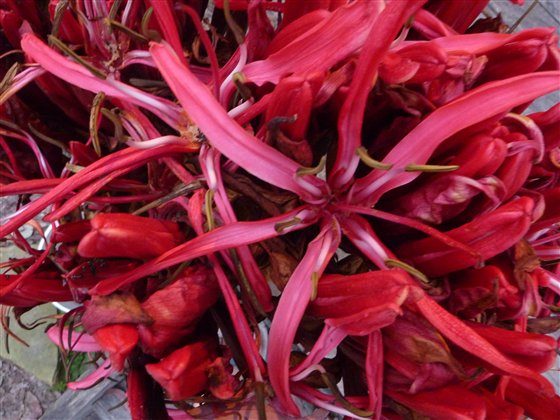 There are only two species of Doryanthes which were once placed in the Agave family but more recently botanists have given them their very own family, Doryanthaceae. This seems fitting as there are no other members of the Australian flora that even approach the impact these majestic plants can bring to the landscape. Genetic studies have recently established that Gymea lilies are more closely related to irises than agaves in fact.

In addition to the more commonly grown Gymea lily (D. excelsa) the spear lily (D. palmeri) features an extended toothbrush-like flower head and also makes a worthy addition to larger landscapes. This is considered a vulnerable species in the wild with only eleven known natural populations in the coastal area near the NSW Queensland border. Growing it in our gardens is a wonderful way to ensure the survival of this remarkable species. It has similar growing requirements to the Gymea lily and in spite of its warm climate origins it grows and flowers reliably as far south as Melbourne.

How to grow Gymea Lilies

Doryanthes grow from a large bulb-like structure that buries itself up to half a metre in the soil, allowing the plant to survive through drought and bushfires in the wild.

These are very tough plants that will survive harsh conditions and will grow in positions from full sun through to relatively deep shade, however the less light they receive the less likely it is for them to flower. Frost is a problem for the emerging flower stems, however, flowering plants in the Australian National Botanic Gardens in Canberra attests to the fact that it is possible to grow them to flower in colder climates. 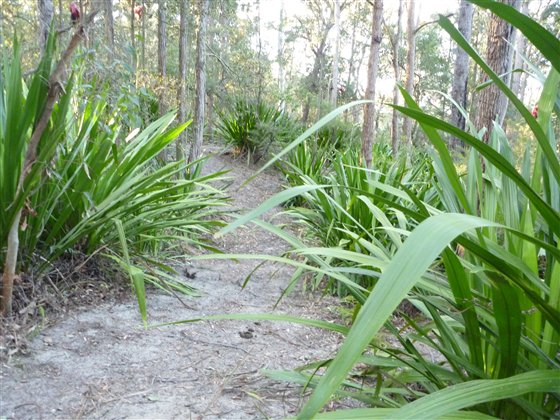 Gymea lilies growing in the wild

While it is possible to grow Gymea lilies in pots it does tend to ‘bonsai’ their growth as they need a soil depth of at least half a metre to grow to their full height. A potting mix that conforms to the regular or premium Australian Standard will be perfect for growing a potted Gymea lily. In the garden it is also important to provide reasonably good drainage as wet feet can result in the shoots rotting out. Plants respond very well to fertiliser which does not necessarily have to be a low phosphorous type, any complete garden fertiliser is suitable. 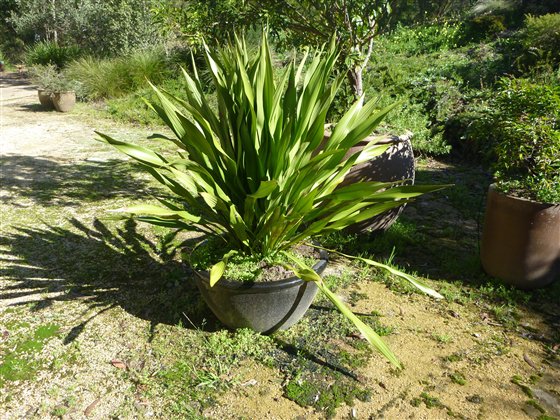 Gymea lily growing in a pot

Maintenance of the Gymea Lily

Gymea lilies require very little maintenance with the removal of any old or damaged leaves and flower stems the only regular tasks. While bushfires are the sure fire trigger for flowering in the wild this is usually not a feasible option in the suburban backyard. However, lodging a stone about the size of a 50c piece in the crown of a large shoot has triggered flowering the following season in my experience. It is possible that the stone causes the plant to produce a natural growth regulator called ethylene that is also present in smoke. This substance is also used to initiate flowering in pineapples and other members of the bromeliad family.

Using Gymea Lilies in the garden

Gymea lilies have become particularly popular with landscape designers as a bold foliage statement in the landscape. The leaves will generally be much deeper green in colour in shadier growing conditions. They make ideal long term potted plants, although they need to be in a very large container (say 50cm in diameter) to reach flowering size. In relatively deep well drained soils they make an amazing feature plant that will display its flowers in beacon-like fashion with flower stems up to 10 metres in height, emerging from leaves up to 4 metres in length.

Gymea lilies are very easy to propagate by seed. The disc-like seeds should be planted as fresh as possible into a good quality potting mix and lightly covered. The seeds take 1 to 2 months to germinate and should be transplanted into a larger pot after another couple of months. After 12 months the plants will be big enough to put into the garden. Perhaps the only major issue with seed propagation is that it can take up to 10 years for the plant to become large enough to flower.

Old clumps of Gymea lily can be easily multiplied by dividing the plant into individual shoots. Lift the clump with a garden fork (or a mechanical excavator for very large specimens) and simply pull the shoots apart by hand. Trim back the roots and leaves so the shoot will fit neatly into a large pot of a general purpose potting mix. Once the roots start to appear out the bottom of the drainage holes the plants can go out into the garden.

Due to the nature of the Gymea lily large plants can grow quite happily in a relatively small container. The bulb-like shoots are able to renew their root system which means they can form a strong root system once transplanted into the garden. The bottom line is that if you can find a large plant at a good price do not hesitate to buy it as it will flower much quicker than growing a plant from a seedling.

Where to buy Australian plants