History of the rose 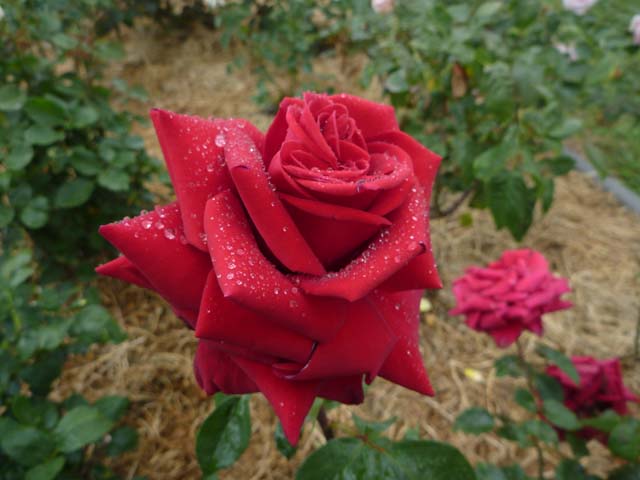 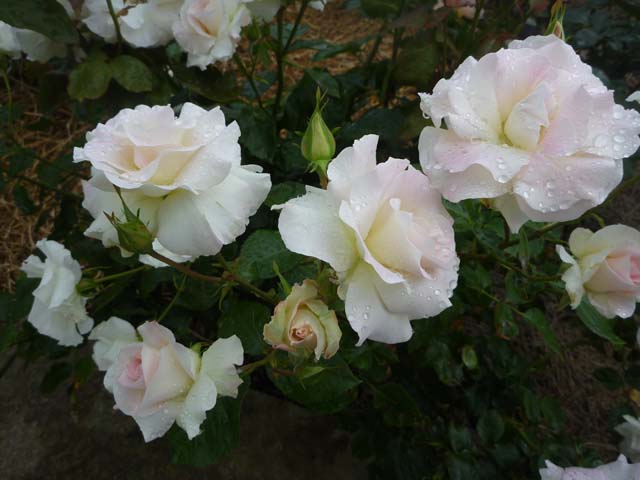 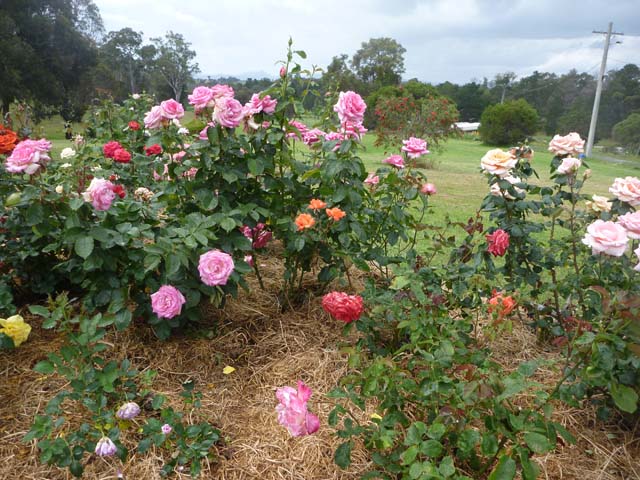 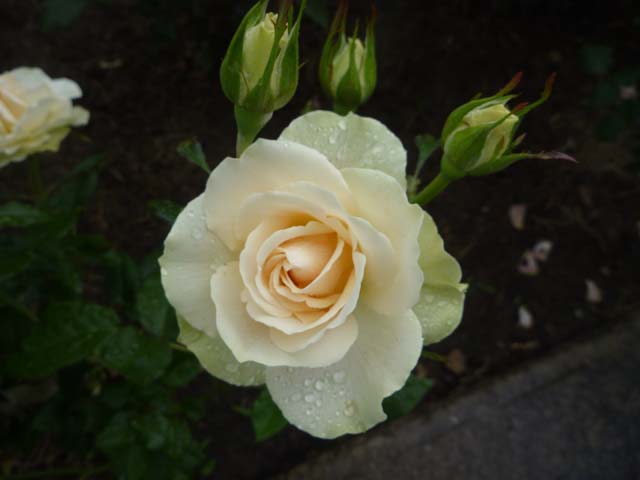 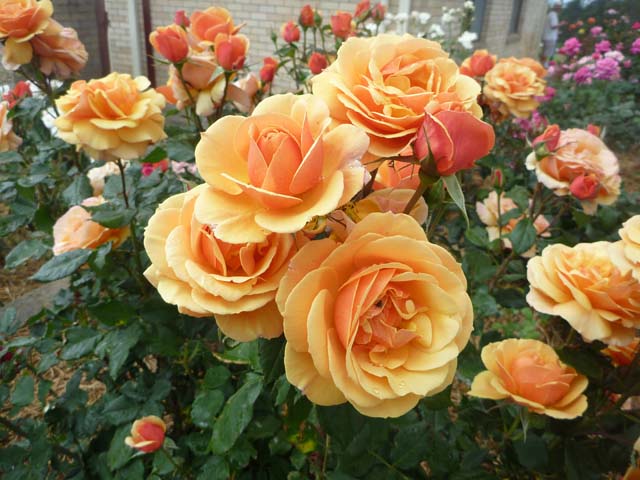 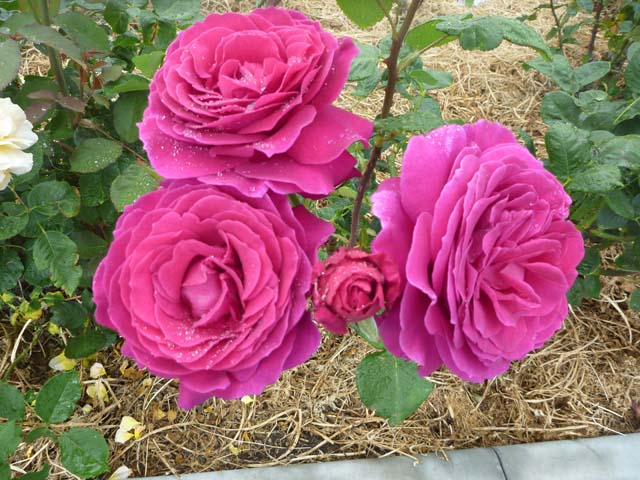 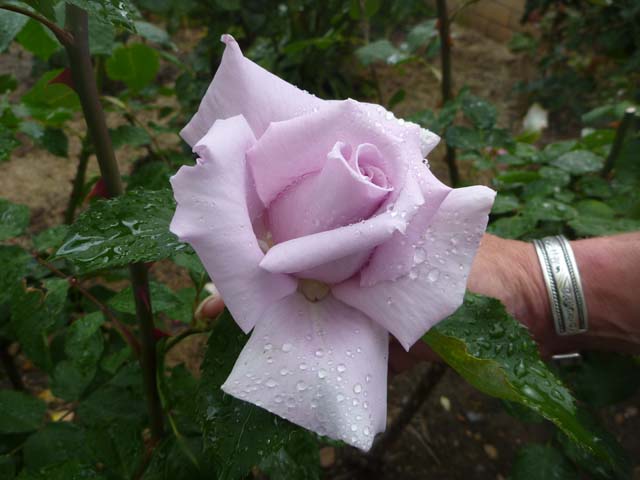 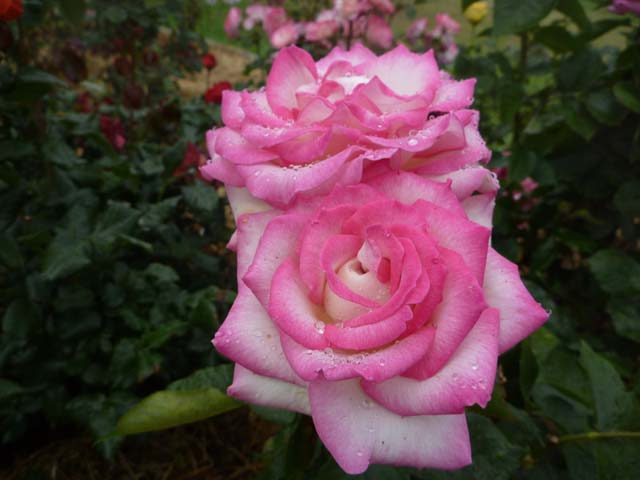 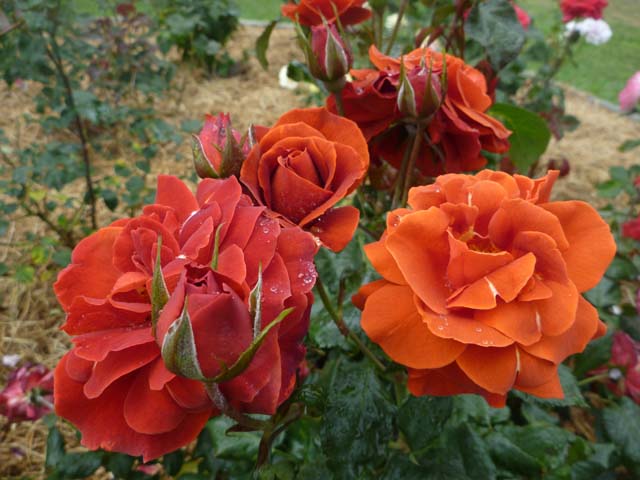 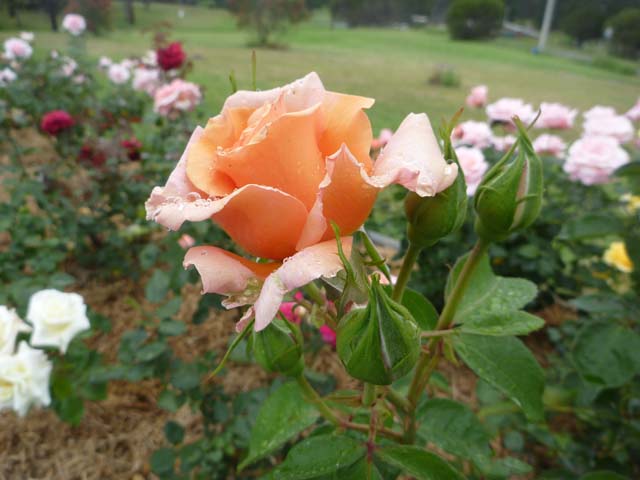 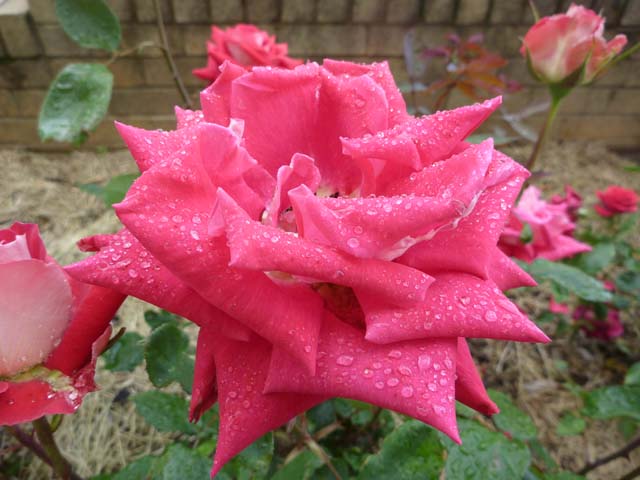 The rose is the world's most loved flowering plant. Roses belong to the Rosaceae family, which also includes such useful members as strawberries, blackberries, apples, pears and plums. They have been admired and utilised for their beauty, fragrance, medicinal properties and for food since ancient times. In Persian and Sanskrit languages, the word 'rose' serves for all other flowers.

Roses grow wild as far north as Alaska and Norway, and as far south as Mexico and North Africa, but there are no species in the Southern Hemisphere. However, because of their beauty and popularity, they can now be found growing nearly everywhere in the world, both in cultivation, and as wild plants. The original wild roses were very prickly shrubs or rambling plants, flowering once in a season with single blooms. Now, with species cross breeding in the wild, and deliberate cross breeding by plant breeders, there are roses of every sort, from ground cover roses, miniatures and truss blooming to multitudes of different perfumes and flower shapes and colours.

Roses were probably first cultivated in China around 5,000 years ago, and the Egyptians and Greeks have records and pictures of roses that are most likely to be Rosa Gallica, the ancestor of numerous European roses. These were used for rose oil and medicinal remedies.

Tales of sumptuous rose gardens and examples of flowers were brought back to Europe in the Middle Ages, during the Crusades. This led to further breeding in England and Europe. A 16th century book, "‘A Collection of Roses From Nature" had ninety different roses described and illustrated. In the 18th century rose breeding began in earnest, as plant collectors began to bring back plants with different characteristics from China and India. Repeat flowering that came from the China and Tea roses was a quality that was unknown in Europe at that time. When these were crossed with the hardy European species, these gave what is now termed "The Old Garden Rose" or the "Heritage" rose. During recent times, the hybrid 'tea rose' roses became the most popular variety. These combine hybrid perpetual roses with tea roses to give large, classically shaped blooms on a single stem, with recurrent flowering. The floribunda bush rose carries large clusters of flowers on its stems. These newer varieties of rose are highly decorative, but lose the soft and natural look of their wild ancestors. A revival of interest in the old roses has led to renewed breeding efforts, like the Modern English roses bred by David Austin.

With such a wide choice of roses, the gardener should rely on the one that appeals to the senses. In addition growing habit, colour, hardiness, flower forms and fragrance are all factors.

Roses can survive with minimal care, but will reward the gardener's attention to their needs with abundant healthy growth and blooms.

The things that need to be learnt and applied to rose growing are:

Each of these subjects is covered below.


This informative video has been provided by Hunter Valley Gardens in NSW.

Roses do best in a well drained soil that has the capacity to hold some moisture, with a Ph of between 6.5 and 7.0 (slightly acid to neutral). Any improvement that can be done to the soil prior to planting will be repaid by healthier growth of the root system and thus the plant.

Dig over the planting site, removing weeds and incorporating organic matter into the soil. Compost, well rotted manure and worm castings will all help to open up the soil and improve water holding capacity, and also provide food for the plant. If the soil is clay, and the drainage is poor, then raised beds will improve the situation. Gypsum can be incorporated to improve the structure. Sandy soils will also be improved by the addition of more organic matter, which will slow the passage of water through the soil, and allow more nutrients to be held in the soil.

A sunny open position away from competition from the roots of trees will produce the best growth and most prolific flowering. At least 5 or 6 hours of direct sun is ideal, less than this will lessen flowering and may lead to more disease. An open position with good air movement around the plant will help to deter fungal problems. Gardens with less sunny positions can still grow dwarf or miniature roses in pots that can be moved to maximise the sun. After planting, watering in with a seaweed based fertiliser will encourage new root growth.

Roses need regular applications of fertiliser. Naturally fast growing plants, coupled with prolific flowering need to be sustained with sufficient feeding. Too little food, or a soil that doesn’t retain enough food, will lead to an unthrifty plant that will be more susceptible to attacks by disease and pests. Soil with plenty of organic matter will hold the applied fertiliser in the soil for the roots of the plants to use. Feed in spring when the new growth begins again, as the new blooms start, and at the end of summer to aid the autumn flush of flowering, and to ensure that enough food will be stored by the plant for winter.

Mulching regularly through the growing season with compost, well rotted straw and manure, sugar cane mulch or bark chips will discourage weeds and help to improve the soil structure. Mulch should be kept away from the stem. Large amounts of bark or straw will need extra nitrogen, as these types of mulch will use some of nitrogen from the soil in the breaking down process. If extra nitrogen is not supplied, it can lead to nitrogen deficiency in the plant. Yellowing leaves are a sign of this.

Roses appreciate regular watering in their growing season, but need less in winter when they are dormant. Morning watering is preferable, as is watering at ground level, to discourage fungal disease. Deep watering is best to encourage a strong root system.

Pruning is not difficult or complicated, indeed, it can be done with a chainsaw if the gardener is so inclined! However, knowing the basics of rose pruning will help to achieve reliable results. The aim is to encourage the plant to be youthful and of presentable habit. Roses renew themselves with vigorous shoots from the base of the plant, which take the place of old branches. Old branches flower themselves into old age, and eventual death. For the health and appearance of the plant, these old branches need to be removed.

Roses should be pruned in winter, when they are dormant. Firstly, remove any dead wood entirely. Then remove old, tired branches, and spindly diseased ones. You will be left with a framework of healthy vigorous branches, these can be shortened by a third. The rose plant will now have a more open shape that allows good air and light circulation, which helps to discourage disease. Climbing roses need to be pruned differently, as the long stems should be able to grow unimpeded for at least 2 years, so that they can be trained to their support. These stems then will produce the flowering side shoots, which are then pruned each winter.

Roses should be dead headed so that the energy of the plant doesn’t go into producing the rose hips, unless the gardener wants them. Rose hips can be made into tea, and can be a decorative feature, and can also be utilised for cut flower use.