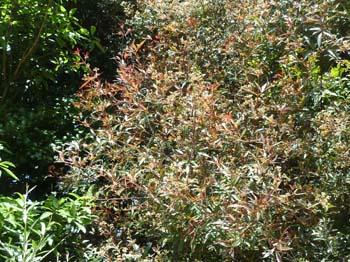 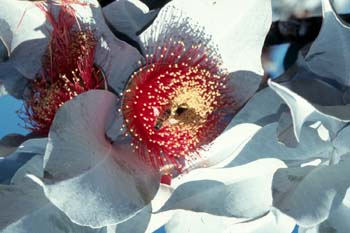 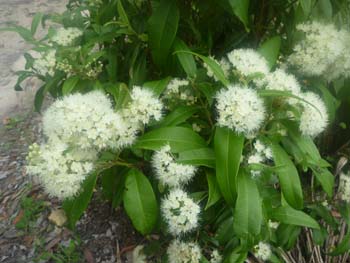 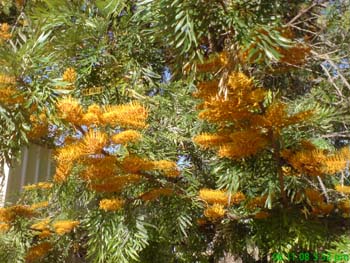 What Australian native trees should I grow in the garden?

Strictly speaking a tree is a woody plant that has a single trunk and a distinct elevated canopy. There are, however, quite a number of woody plants in the Australian flora that are commonly thought of as trees but are actually shrubs. An example of this is the mallee eucalypts (a whole group within the gum trees that have short multiple trunks). The harsh nature of the Australian climate has caused many of our woody plants to adapt in different ways and there are examples of the same species of eucalypt adopting either a single trunked habit or mallee form depending on the environment it is growing in.

Since trees form the dominant part of a garden it is vital that they be selected wisely as inappropriate species can cause all sorts of problems such as falling limbs and damage to pipes and pavements. It is also very wise to choose species that are well adapted to the climatic conditions that prevail in your garden. For instance, if one desires to grow a gum tree there are close to a thousand species to choose from ranging from sub-alpine snow gums to spectacular flowering gums from Western Australia or rainbow gums that thrive in the wet jungles of northern Australia.

There is no other continent on earth that is so dominated by one group of trees as Australia is by eucalypts. Eucalypts give the Australian landscape a very distinct appearance with their characteristically pendulous, leathery foliage.

Colourful flowering eucalypts abound in Western Australia and are a good choice for climatic regions that have dry summers. Great garden types include gungurru (E. caesia), rose mallee (E. rhodantha) and the rose of the west (E. macrocarpa) to name but a few. Other spectacular flowering gums can be found in the bloodwood group, which has had a name change to Corymbia and features a number of species that have particularly spectacular displays of flowers. The red flowering gum (Corymbia ficifolia) is without doubt one of the world’s most spectacular trees when in bloom in summer.

Many other eucalypts are worthy of consideration for the garden including those with interesting trunks such as the lemon scented gum (Corymbia citriodora) or the snow gum (E. pauciflora). Yet others like the Argyle apple (E. cinerea) with its powdery blue leaves can be considered for the sheer beauty of their foliage alone.

Some close relatives of the eucalypts are also outstanding garden specimens. Sydney red gum (Angophora costata) is worth growing for its trunk alone as the smooth bronzed bark has a sensual quality that is rather irresistible. The willow peppermint (Agonis flexuosa) is a remarkably adaptable species and is particularly useful in windswept coastal situations where its gnarly compact shape is beautifully complemented by the pendulous greyish foliage that has a distinctly aromatic peppermint quality. Brush Box (Lophostemon confertus) is an extremely adaptable species that has long been popular as a street tree with large glossy leaves in a dense shade-forming canopy decorated in spring with a sprinkling of lacy white flowers.

Paperbarks (Melaleuca species) are particularly useful for areas with very poor drainage, as most species inhabit swamps in the wild. In addition to their unusual and attractive papery bark many species carry attractive displays of bottlebrush like flowers. Some of the standouts include M. quinquenervia and snow in summer (M. linariifolia) but be sure to give them plenty of space.

The wattles (Acacia species) also provide some fantastically showy yet drought tolerant trees for the garden. The golden wattle (A. pycnantha) provides Australia’s floral emblem while the Cootamundra wattle (A. baileyana) provides spectacular drifts of flower in winter. Wattles are very quick growing plants that are extremely useful for providing rapid results in establishing a new garden.

The she oaks (Casuarina  and Allocasuarina) may not be the most spectacular trees in the Australian flora but they can certainly fill a very useful role in the landscape. Their needle-like foliage gives them a statuesque conifer-like appearance that can add interesting vertical lines to a landscape. The group includes both trees and shrubs so it is best to consult a local garden centre for advice on the best species for your area.

What Australian Native Rainforest trees should I grow in the garden?

In addition to trees from the dry forests there are a multitude of species in the rainforests of the east coast that feature large, soft and often glossy foliage. Generally speaking rainforest species require a warmer climate with no more than a minimal amount of frost as well as relatively deep soil.

Species such as the umbrella tree (Schefflera actinophylla), the silky oak (Grevillea robusta) and the black bean (Castanospermum australe) are not only picturesque landscape plants but have also become popular worldwide as indoor plants.
NSW Christmas bush (Ceratopetalum gummiferum) has a number of features to recommend it including the glossy trifoliate leaves, masses of tiny white flowers in spring that turn red as the petals drop off and are replaced by a red calyx as Christmas arrives. 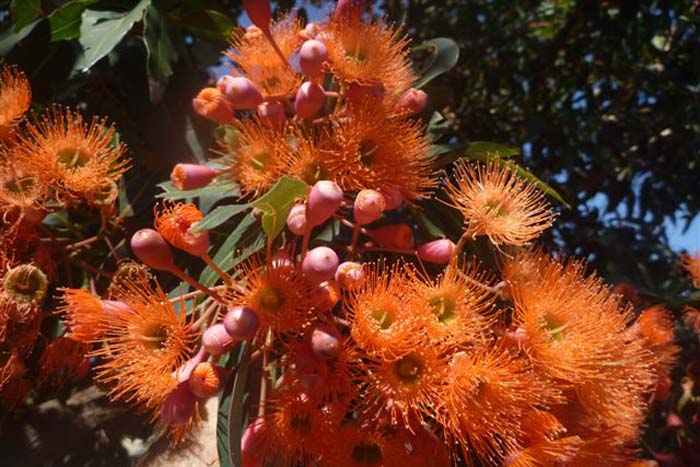 A number of other rainforest species have outstanding ornamental qualities such as the Creek lilly pilly (Acmena smithii), a dense small tree that makes a perfect hedge, either formal or informal. Along similar lines, the brush cherry (Syzygium australe) lights up in summer like a Christmas tree with bright red edible fruits. The flame tree (Brachychiton acerifolius) is one of the world’s most spectacular flowering trees as its name suggests. Lemon scented myrtle (Backhousia citriodora) has now become widely cultivated for its aromatic foliage that is used for a multitude of culinary purposes in herbal fashion.

The firewheel tree (Stenocarpus sinuatus) is aptly named for its curious spoked flower wheel that not only looks beautiful but is also irresistible to colourful birds such as rainbow lorikeets. In a similar vein the tree waratahs (Alloxylon flameum and A. pinnata) provide spectacular red blooms similar to those of their shrubby namesakes.

Deciduous trees are few and far between in the Australian flora but two that stand out are Australian red cedar (Toona ciliata) and white cedar (Melia azderach) with the former having outstanding coppery new growth in spring and the latter being smothered in beautiful mauve blossoms in spring. Both species are useful for westerly aspects where they will provide summer shade yet allow in valuable winter sunshine.